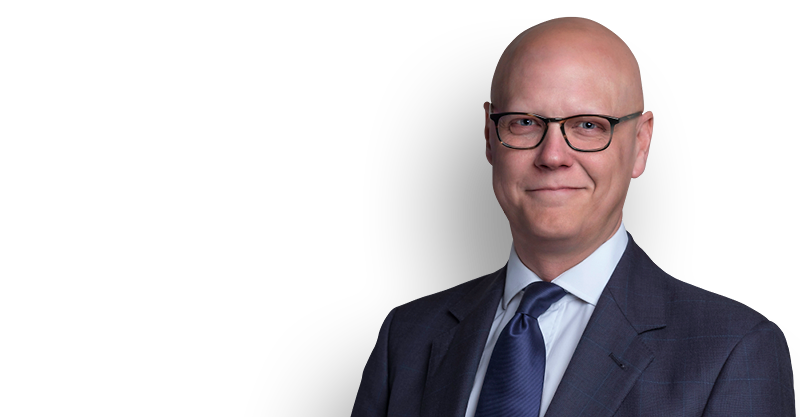 Neil Sheldon KC is recommended by the directories as a leading silk in a broad range of practice areas, including public & administrative law, public inquiries & inquests, professional discipline, and clinical negligence.

He has acted in many of the most important public inquiries and inquests of recent years including the Inquests into the terrorist attacks on Fishmongers’ Hall, Westminster Bridge, London Bridge and Manchester Arena, the Victoria Climbie Inquiry, the Zahid Mubarak Inquiry, the Al Swaedy Inquiry, the Iraq Inquiry and the Alexander Litvinenko Inquiry. He is currently acting for the NCA and a number of government departments in the Independent Inquiry into Child Sexual Abuse (IICSA). He is instructed by the Cabinet Office in the Grenfell Tower Inquiry, by a leading medical defence union in the Infected Blood Inquiry and as leading counsel for the Home Office in the Undercover Policing Inquiry.

Neil was first appointed by the Attorney General as junior counsel to the crown in 2002, and has been on the A Panel since 2010. He undertakes a range of high profile work for a variety of government departments. He has particular experience of national security work, and holds developed vetted (DV) security clearance.

He has extensive experience of advocacy in the higher courts. He has appeared in over 50 cases in the Court of Appeal, and in a number of the most important recent human rights appeals in the Supreme Court. Neil is currently instructed in a number of forthcoming Supreme Court appeals, and several cases before the European Court of Human Rights.

Neil Sheldon QC acted for the Metropolitan Police in the Inquest into the death of Sudesh Amman, who was shot and killed by police officers in the course of a terrorist attack on Streatham High Road...

Neil Sheldon QC is acting on behalf of the Met Police in an unusual judicial review regarding a stolen Qur'an which was listed for auction at Christies (London) in 2017. A 16th century Qur'an was...

Neil Sheldon QC, instructed by Fieldfisher, is acting for the bereaved family of Glenda Logsdail. Glenda was a retired NHS consultant who died of a hypoxic brain injury caused by the insertion of an...

The Public Inquiry into the death of Jermaine Baker commenced today, 14th June 2021, with Opening Statements by Counsel to the Inquiry and the Core Participants. Neil Sheldon QC is acting for the...

The Inquests into the deaths of those who were killed during the course of the Fishmongers' Hall terror attack on 29 November 2019. Usman Khan, a convicted terrorist who had been automatically...

Widening Participation with the Inner Temple and Warwick University - Feb 2020

Neil Sheldon QC acted for the Foreign Secretary in the case of Gannon & Warsama v Foreign & Commonwealth Office and Sasha Wass QC [2020] EWCA Civ 142, which concerned the report of a...

In our 100th episode, Emma-Louise Fenelon talks to Neil Sheldon QC about how to help your expert stay out of trouble in clinical negligence cases. The episode considers the recent trend in trenchant...

High Court to hear challenge by Sikhs to Census - Nov 2019

Neil Sheldon QC is acting for the Cabinet Office in its a defence of a challenge by the Sikh Federation to the recommendation by the Office for National Statistics that ‘Sikh’ should not be...

On 16th July 2019, the inquest into the London Bridge Attack concluded with the jury finding that the 3 attackers were lawfully killed by police. The Chief Coroner, His Honour Judge Mark Lucraft QC,...

Neil Sheldon QC acts for the Secretary of State for the Home Department in the inquests into the deaths arising from the terror attacks in London Bridge and Borough Market on 3rd June 2017. The Chief...

Today, 11th March 2019,  is the day for QCs to be appointed and we are looking forward to celebrating Neil Sheldon and Robert Kellar taking silk. Accompanied by their families and Senior and First...

1COR are proud to announce that Robert Kellar and Neil Sheldon have been successful in their applications to Silk. We offer our warmest congratulations to them both on being appointed Queen's...

Neil Sheldon and Matthew Hill have appeared in the Supreme Court in a case concerning whether an asylum seeker’s scars were inflicted by torture or as the result of a planned procedure carried out...

Each year the Lawyer Monthly conducts research and collects votes for each nominee to determine who in the legal world has delivered outstanding results for their clients in the last twelve months....

Neil Sheldon and Matthew Hill are instructed in inquests into the deaths arising from the Westminster Bridge terror attack in March 2017.  Neil appears for the Home Secretary, instructed by GLD. ...

Neil Sheldon was instructed by the Government Legal Department to defend against two appeals to the Secretary of State for the Home Department's (SSHD) decision not to grant leave for them to remain...

Neil Sheldon represented the defendant in Cheryl Ribelli v Entry Clearance Officer, Pretoria [2018] EWCA Civ 611.  This appeal was made against the Upper Tribunal’s decision not to grant admission...

Neil Sheldon was instructed by the Government Legal Department in an appeal against the Administrative Court’s decision to dismiss their application for judicial review seeking to overcome new...

Philip Havers QC and Neil Sheldon appeared for the Crown Prosecution Service (CPS) in SXH v CPS. The Supreme Court held that Article 8 of the Convention did not apply to the CPS's decision to...

The Supreme Court has recently delivered judgment in three important Article 8 immigration appeals. Neil Sheldon acted for the Home Office in each case, instructed by the Government Legal Department. ...

Neil Garnham QC, Neil Sheldon and Robert Wastell are representing the Home Secretary in the Public Inquiry into the death of Alexander Litvinenko - Aug 2014

Neil Garnham QC, Neil Sheldon and Robert Wastell are representing the Government, and in particular the Home Secretary, in the Public Inquiry into the death of Alexander Litvinenko, a former employee...

Neil Garnham QC and Neil Sheldon are representing the Government, and in particular the Home Secretary, at the inquest into the death of Alexander Litvinenko, a former employee of the Russian Security...

Neil Garnham QC and Neil Sheldon, representing the Foreign Secretary, were successful in a judicial review challenge to the Public Interest Immunity (PII) decision of the Assistant Deputy Coroner for...

Neil Garnham QC and Neil Sheldon are representing the Government and in particular the Home Secretary, at the Inquest into the death of Alexander Litvinenko, a former employee of the Russian Security...

“Neil is an absolutely outstanding silk in the field. His calm demeanour reassures clients that even the most complex of cases are under control. He has excellent tactical judgement and his measured advocacy is of the very highest calibre.”

“Neil is an exceptional advocate and consistently produces meticulous and practical advice in complex matters.” “A truly outstanding silk. He is very calm and considered.”

“Neil has an excellent manner with clients. He is incredibly knowledgeable, always happy to assist and a brilliant advocate.” “Neil makes everything seem very simple and when it is not simple at all he is unflappable and nothing fazes him.”